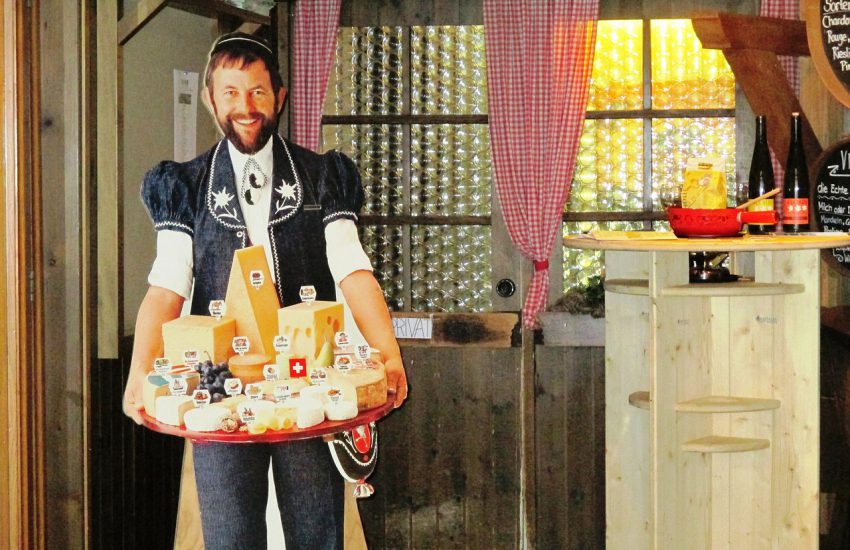 It pains me to think that I spent more than half of my life laboring under the delusion that Swiss cheese had anything to do with those shrink wrapped plasticky yellow bricks from the supermarket dairy case.

I fondly remember the first time I smelled apenzeller. After experiencing the smells of the cows and the fields, its pungency made sense, and melded with my olfactory expectations neatly. I realized terroir could apply to cheese.

Here are some typical cheeses that you will find in Switzerland, and that you can source from fine cheese purveyors locally or on line.

Emmental – This is what we typically call “Swiss cheese” and has distinctive holes. These occur as a result of the natural bacteria that curdles the milk and continues to bubble in the later stages of production. A true Swiss emmental is subtle and savory in flavor, nothing like its evil grocery store counterpart.

Appenzeller – Want to clear a room in a hurry? Try this stinky wonder. With its funky pungency and hints of fruit in its flavor, this typical regional cheese pairs well with fruit. It is a smooth, firm cheese made with cows milk, and it too may have holes.

Gruyere – One of my favorites, this savory cows milk cheese is hearty, rich, and satisfying, and it is a great cheese for melting. It is often used in fondue. It has a spicy, nutty flavor and a healthy pop of salt and is great with a red wine.

Berggenuss – This is another mildly pungent mountain cheese with a smear rind. Its name means treat in the dialect, and that is apt, especially when its flavors and spice come alive with even a small amount of aging. 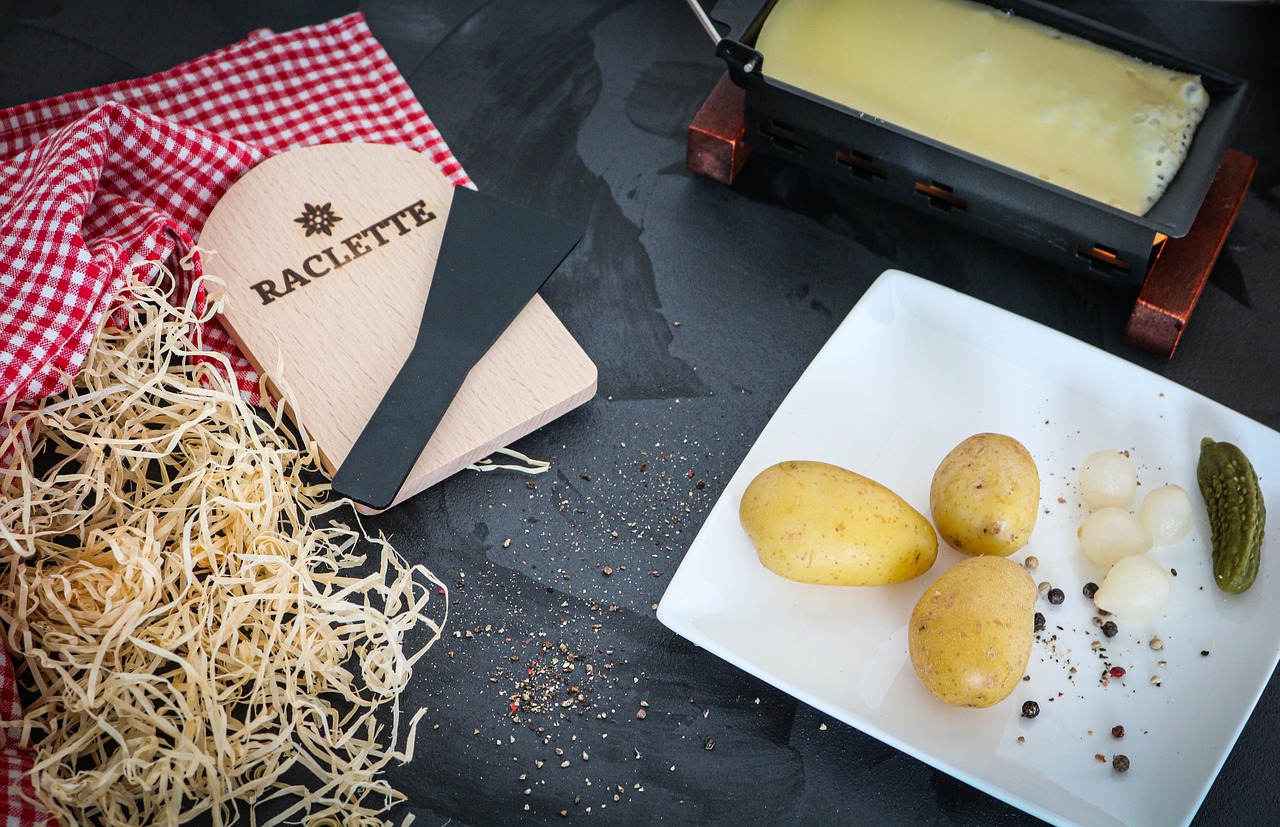 AOP – Swiss cheeses are generally particular to regions and the local variables they add to the process (and even the diet of the cows that produce the milk). AOP, Appellation d’Origine Protégée, means that a cheese is made in a designated, recognized region and only there. It is a sign of high quality and authenticity and guarantees a good product.

Raclette – Swiss raclette is a very particular thing, a communal meal that centers around a halved wheel of semi-hard cheese that is slowly melted and scraped onto individual plates to be eaten with plain potatoes, gherkins, and pickled onions, which help cut its richness. Raclette cheese is a rich, semi hard cheese, though any of these cheeses listed above can be substituted.

Fondue – Another favorite in Switzerland is fondue, traditionally made of cheese, seasonings, a thickening agent like corn starch, and kirsch (or wine), melted in a crock over a flame. Shortcuts are used in many Swiss households, with pre-packaged ingredients, but the appeal is the same. Fondue brings people together to drudge cubed bread through a communal pot of melted cheese. This is still very popular in Switzerland. 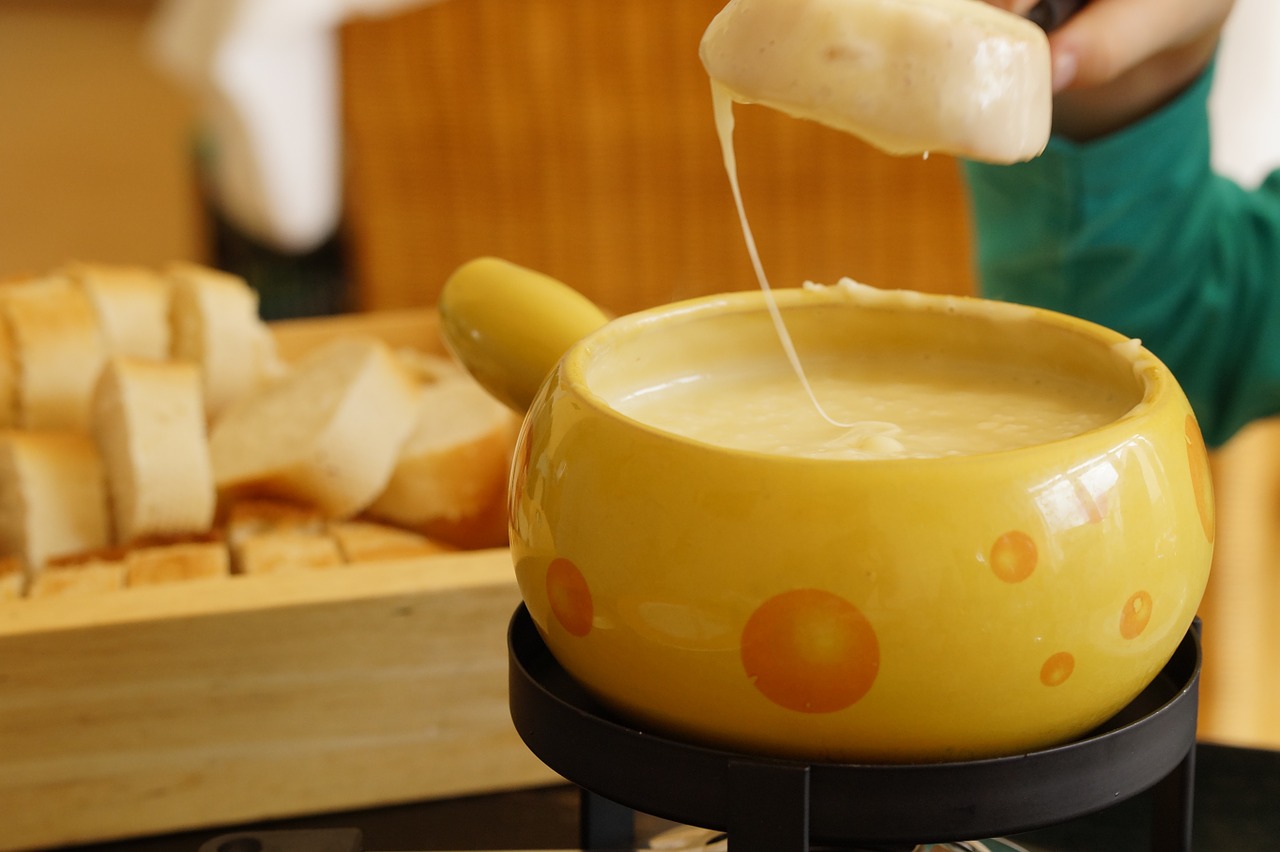 We will explore the world of Swiss cheeses during our upcoming Virtual Weekend in Switzerland. We hope1 you can join our Swiss colleague for a guided tasting of some of Switzerland’s finest dairy. We hope to see you on Zoom, and we look forward to sending you to the Alps on a Swiss Untour soon.