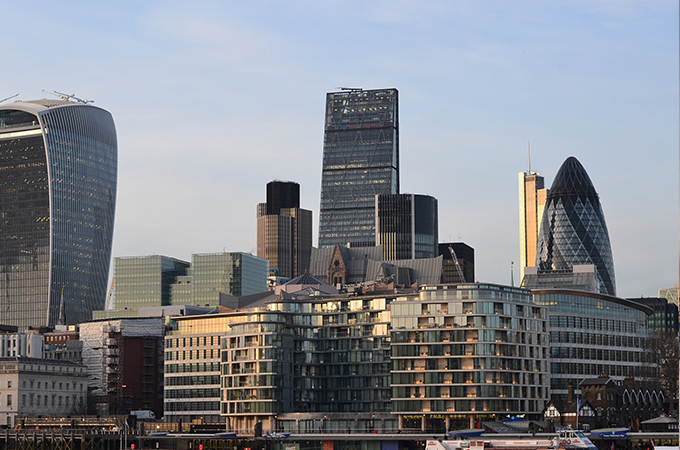 Leave it to the cheeky Londoners. There’s no good punchline here, though the question hints at the dry humor of Londoners and their rhetorical referendum on the city’s evolving skyline. If you haven’t been to London recently, these will be new to you! Meet a few of London’s more, err, distinctive skyscrapers. 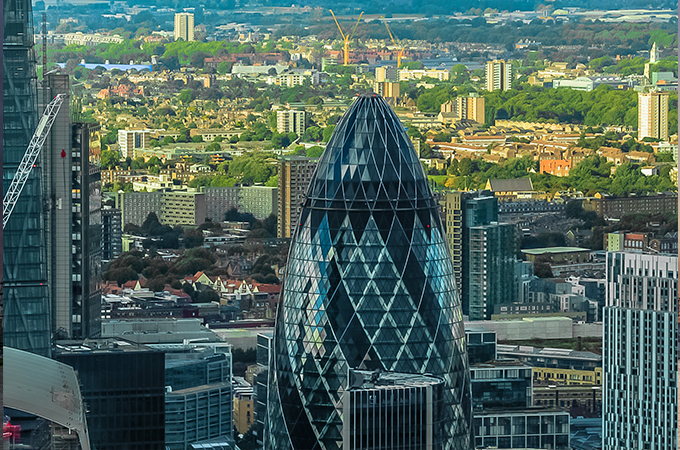 Set in London’s central financial district, this distinctive high rise office building does indeed resemble a gleaming glass cucumber. Its dome is a 21st century landmark of an ever changing London. The Gherkin has embraced its popular pet name, much as the city’s denizens have embraced its existence. The building offers a wide array of dining and drinking options, including gastropubs, street food, fine dining, and plenty of spaces for cocktails with a view. The glass-faced tower was completed in 2003 and opened the following year. Just a year after its opening, one of its glass panels fell out and dropped to the street, to the astonished horror of all. It was quickly checked and reinforced. What a pickle!

Check out dining options at http://www.thegherkinlondon.com/ 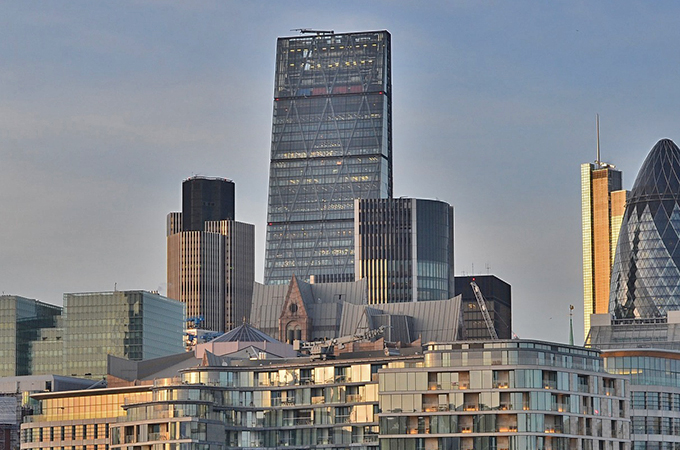 The distinct angle of this 48-story wedge-shaped tower conjures visions of one monstrous chunk of parmesan. The Leadenhall building cuts an elegant profile in the City of London financial district, with its reflective glass side and ladder frame. Its construction was stalled in 2010 due to the financial crisis, but work eventually resumed. Prince Harry was on hand for its opening in 2014. This commercial building reaches to 738 feet and was built with ecological features; the glass side is double layered, with a vented chamber and blinds in between that respond to the sun’s movement and minimize the need for air conditioning.

Read more at https://www.theleadenhallbuilding.com/ and share your photos with the hashtag #SayCheesegrater. 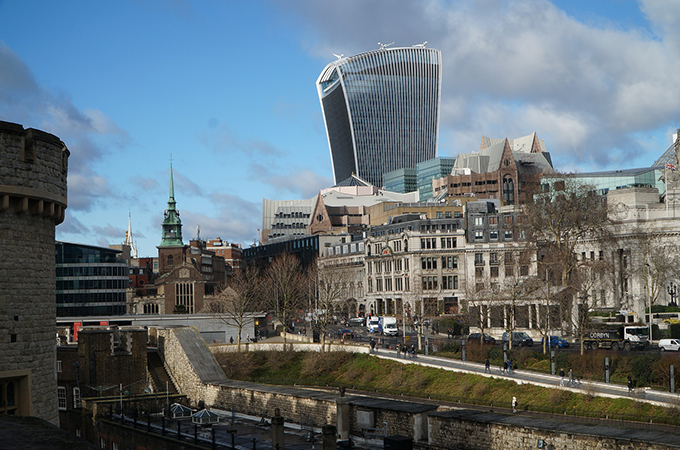 This top heavy tower in the City of London financial district was mired in controversy for much of its planning and scaled back in height to not overshadow St. Paul’s Cathedral and the Tower of London, its historic neighbors. The Walkie Talkie has London’s largest sky garden (three floors). The building’s shape was made in part to maximize floor space on the desirable and more potentially lucrative tops floors. It was briefly dubbed Fryscraper when the angle of its glass panels was reflecting heat and light strong enough to burn holes in parked cars beneath it. Of course modifications were made, but it did little to warm Londers’ hearts to its presence.

Check out its most endearing feature, Sky Garden, at http://skygarden.london/.

Rising above Southwark, the Shard is also called Shard of Glass, which it is meant to resemble. At 1016 feet, it is the tallest building in the UK. Completed and opened in 2013, it has 95 floors, with a privately run and ticketed observation deck on the 72nd floor, the highest viewing gallery in the city. Its architect is said to have been inspired by old photos of the church steeples over London, though his steeply angled glass tower proved controversial during its building. The long stretches of glass dramatically mirror the sky and change with light and weather conditions.

To plan a visit to the observation platform, visit https://www.the-shard.com/viewing-gallery/

Of course like all great cities, London’s skyline will continue to evolve. London is never the same city twice, so visit again and often!