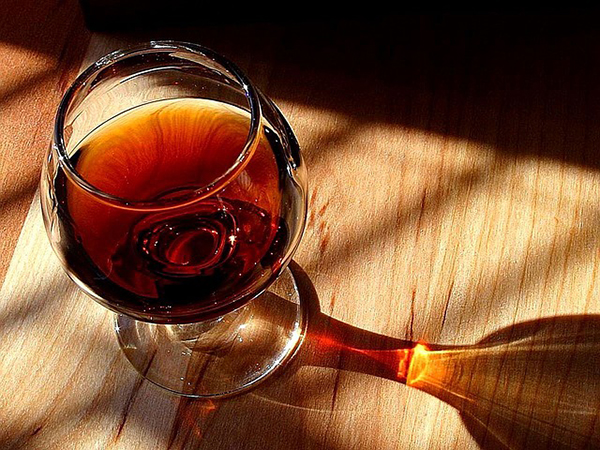 Port wine is a sweet, fortified wine made in Portugal for a few hundreds years. Port is a world, unknowable and sublime. Don’t be intimidated. You’ve gotta start somewhere, and Porto (on the Porto Untour in northern Portugal) is just the spot to get oriented.

Here are the basics, to make it all a little less intimidating and a lot more enjoyable.

Port belongs at least in part the the British. During their 17th and 18th century wars with France, they stopped imports of French wine and looked elsewhere for suppliers. Portuguese winemakers offered good prices, but the wine had to survive the longer voyage. This is what inspired the use of brandy to fortify the wines, preserving it for the long journey north. The wine also spent longer periods in barrels at sea, picking up color and flavor. Of course the Portuguese were quick to capitalize on the success of this product and claim it as their own, demarcating the Douro Valley as the only true source of Port, creating one of the first recognized wine zones in Europe.

Port wine is made from a blend of several different grapes grown in the terraced vineyards of the Douro Valley, where steep slopes maximize sun exposure but require some of the harvesting to be done by hand. Grapes are crushed, strained, and left to ferment as usual. But at the right moment, brandy is added to the mix at the prescribed 19 – 22% alcohol level. This shuts down the fermentation, leaving the residual sugars of the partially fermented grapes. The wine is then transferred to oak barrels. Variations in the blend of grapes and in the storage process create three different types of port wine. 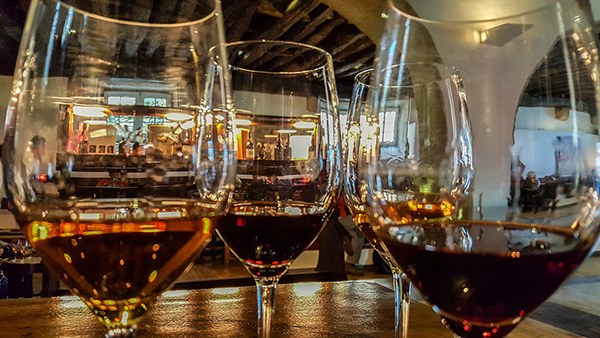 The three types of port wine

Made from regional white grapes like Rabigato, Códega, Viosinho, and Malvasia Fina, white port is light and refreshing. It can be served chilled as an aperitif and can be mixed with tonic or used in other cocktails. It has flavor notes of citrus and apricot and is perfect for summer drinking. It is rarely aged.

Made with regional red grapes like Touriga Franca, Touriga Nacional, Tinta Barroca, Tinta Roriz, and Tinto Cão, ruby port is aged in barrels for up to three years, so it is considered young. The wine is held in large barrels called tonel that prevent oxidation, so the aging wine keeps its deep red color.  Ruby port has high tannins and flavor notes of red fruits that makes it the perfect accompaniment to a fruity dessert.

Vintage and LBV (Late Bottled Vintage) are ruby ports made from the grapes of a particular, single year. They are normally bottled unfiltered and can be aged. They offer flavors of blackberry and vanilla.

The rich brown color of tawny port comes from oxidation. The wine is aged in smaller barrels for much longer periods of time, adding a complexity and intricacy to its flavors. The wine is blended, so the age you see on the bottle (10, 20, or more years) is the average age of the wines blended in the final product. You may find leather and spice in the nose for these wines, and flavor notes of nuts and dried fruit, making them a pleasing end to a rich meal. Unlike the other types, tawny port can be kept for longer once opened. The oldest ones (40+ years) can be sipped and savored for up to a year after they are opened.

Learn more, meet the makers, and visit the vineyards on a Porto Untour.

Which ports are your favorites?