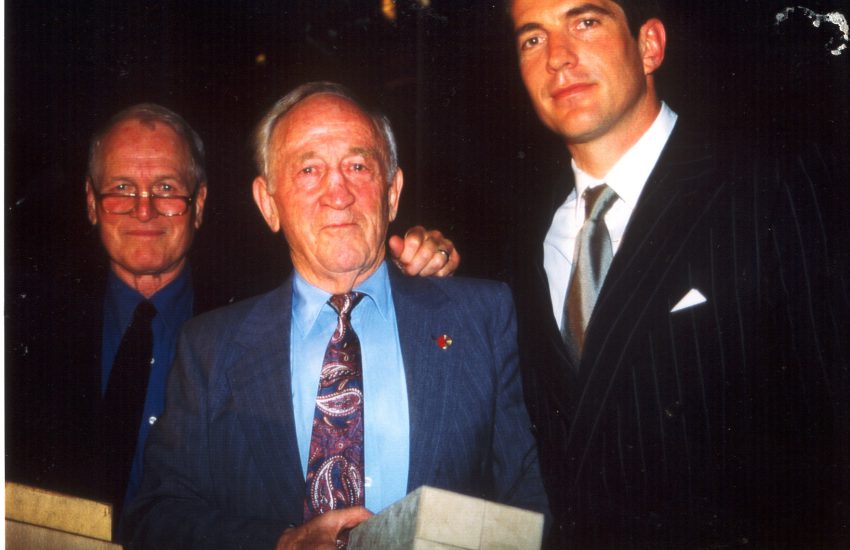 Did you know that Untours was the first certified B Corp in the world? We are a small company with a big footprint in the realm of progressive business; our late founder Hal Taussig helped shape the movement to make business a force for good. In honor of B Corp Month, we’ll look back at how we helped break trail.

It was 2004, and Untours founder Hal Taussig was riding high (on his bicycle) from a special recognition he received from the Paul Newman Foundation and JFK Jr.’s George magazine, which included the title “The Most Generous Company in the World.”

It was around that time that Jay Coen Gilbert and his friends who had established the successful sports apparel company And1 were looking to start a new venture: certifying companies for their social and ecological responsibility.

They had presumably learned a lot about supply chains, big business, and the impact of manufacturing and distribution. At the time many companies seemed to be greenwashing themselves and making largely empty claims to care about their workers, their communities, and the planet.

Jay and his partners wanted to create a way that companies could prove their claims, and stand up for what was right: business for the common good, with a triple bottom line measuring impact on people and planet as well as financial profit. They wanted to see business become part of the solution to the world’s problems, believing that thinking was best both for the world and for profit.

Meanwhile in Media, Hal Taussig and his company Untours were doing just that. Untours was funneling its profits into a foundation that invested in poverty-alleviating projects and a new wave of green, progressive small businesses.

The Untours award from Paul Newman carried a grant and a lot of publicity. Jay was looking to connect with Paul Newman to get a push for his B Corp brainchild and contacted Hal in hopes of making a personal connection with the movie star turned philanthropist.

What followed was not a personal introduction to Paul Newman. Rather, Jay wrote a very large check and asked Hal to send it to Paul as a way of introduction and to demonstrate Jay’s seriousness about working with Paul on this idea, perhaps using “Newman’s Own” as the certifier. Paul wrote back saying (kindly) he wasn’t interested.

In the meantime, Hal became a quirky inspiration to Jay, listening to his ideas, helping him think things out, leading by his humble example, and encouraging Jay to “sketch it out” and follow through. 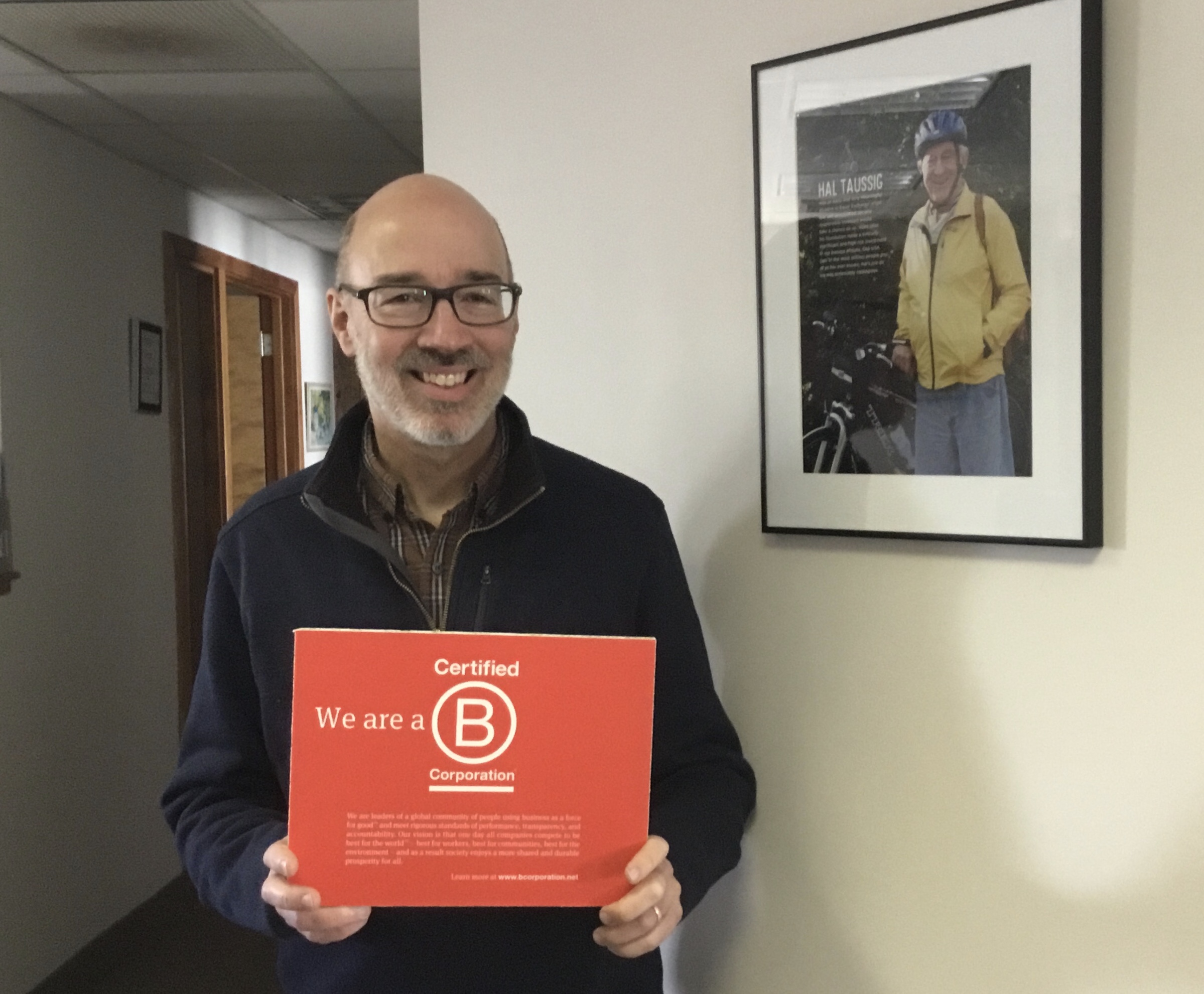 Untours Becomes the First B Corp

Based on our business model of sending our profits to the Untours Foundation, along with our green office practices, pro-employee and pro-customer policies, and commitment to thoughtful travel, we were declared the world’s first B Corp in 2007.

And when Jay and his co-founders Bart Houlahan and Andrew Kassoy had their initial screening system set up, they asked Untours to go first, joining a small group of like-minded businesses. Untours president Brian Taussig-Lux dutifully submitted answers to the rigorous questions and filled in data.

“Wow, that was hard,” Brian told staff. This from an MBA who takes a low salary to help close the gap between highest and lowest paid company employees and who personally oversaw the installation of a massive solar panel installation on the office roof.

Brian and the others helped provide feedback on the assessment’s first iteration. “We failed the first time,” he admits. The screening formula has shifted and morphed over the 15 years that B Lab has been certifying B Corps and as B Lab has broadened its reach, now certifying global companies, coops, and even multinational corporations.

The measures of a B Corp are straightforward, though the demands to become one remain high, and the auditing system built into the certification process adds even more credibility. It all ensures that when you buy a product or service from a company with a B on its packaging or website, you are buying from the good guys! 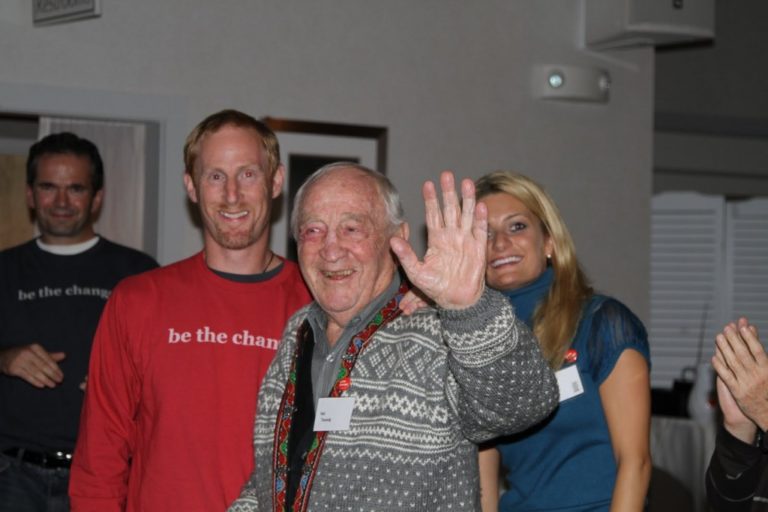 Untours is a very proud founding B Corp and is excited to be part of the origin story of this incredible enterprise. We continue to recertify, and Brian confirms “it is still really hard.”

Jay and Hal shared a friendship that lasted for the rest of Hal’s long and fruitful life, meeting for lunch and even teaching a high school class together as visiting professors. B Lab honors Hal’s memory by annually awarding the Hal Taussig Award to a B Corp that follows in his footsteps.

There are now over 3800 B Corps in 74 countries around the world, including brands you know like Ben & Jerry’s, Patagonia, Seventh Generation, Eileen Fisher, Cabot Creamery, and more.

Hal got to speak with Paul Newman on occasion, after a giddy receptionist passed the call, and the Newman’s Own Foundation continued to support the work of the Untours Foundation.

As far as we know, Jay Coen Gilbert never did meet Paul Newman. 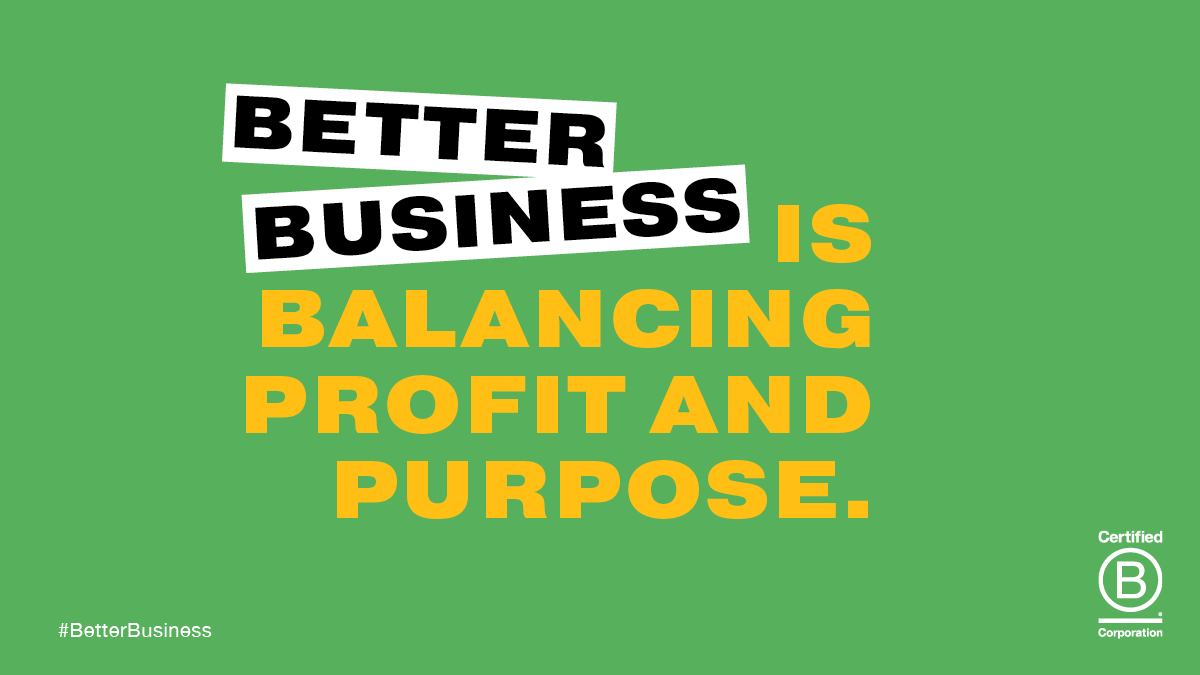 What is a B Corp?
Jay’s memorial to Hal
Untours’ most recent B Corp report
Become a B Corp!