Stirling Castle is one of the most important castles in Scotland. Many feel it is actually the best, even better than Edinburgh’s. It is surely the crowning jewel of Stirling. The town and its quaint satellite villages make up our Central Scotland Untour, offering easy rail access to Edinburgh and its castle.

But we strongly recommend you stick around town and give Stirling Castle its due time. Having rushed through it myself, I would say it deserves half a day for exploration, to allow you time to interact with museum staff, read the detailed explanations, and walk the ramparts. This is living history at its best and is sure to thrill and engage young and older visitors. 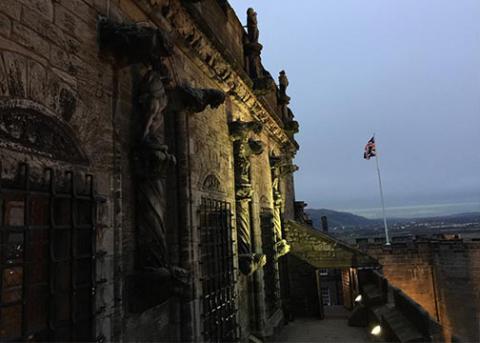 The exterior is imposing and the views are magnificent from the castle walls. Be sure to walk the periphery of the castle and take in its setting. Obviously, the views are rewarding enough. But pause to imagine threats on all sides, and take in the strategic placement and defensive features of this fortress above the River Forth, with cliffs receding all around. At dusk the floodlights add to the drama. 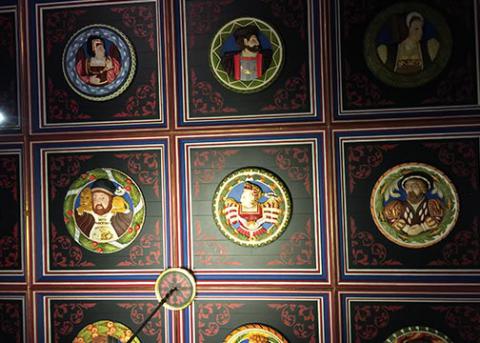 One of the things that makes Stirling Castle so unique is the way the castle has been vividly restored to include its original bright colors, like these ceilings. Original ceiling medallions and their stories can be better seen and studied in the museum, where some of the originals are housed in glass cases. 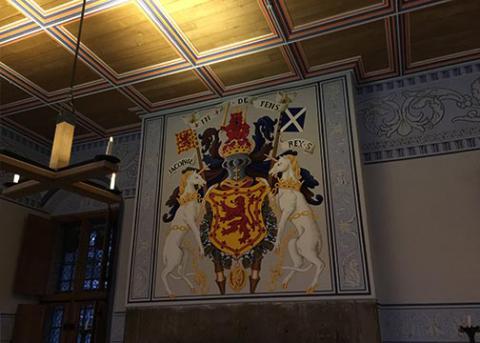 You will see crests throughout the castle, a reminder of the regal occupants of this fortress. Stirling Castle was one of the Scottish monarchy’s favorites. Mary, Queen of Scots, is among the rulers who were crowned here. Stirling Castle was established in the 14th century and added to over time. The most recently added buildings date from the 18th century. 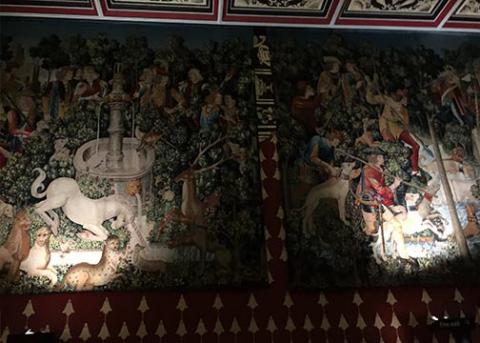 Ask castle staff about the symbolism of the unicorn and you will get an earful. The mythical animal is said to represent Jesus in various tapestries and paintings, gently engaging other animals or being persecuted by humans. 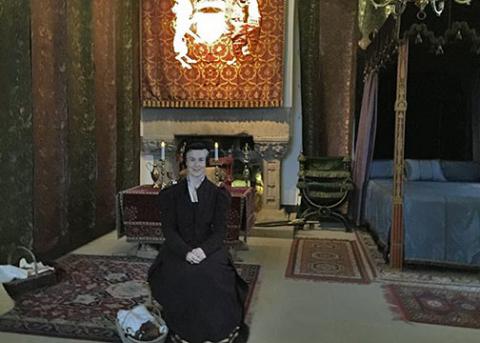 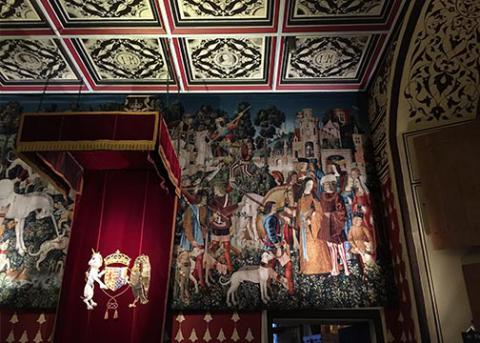 Lush throne seating is surrounded by paintings telling religious stories and parables. Look for recreations of all the regal swag. Unlike barren castles, the textiles and vivid art and decor of this castle really allow you to imagine the opulence of life inside the castle walls. 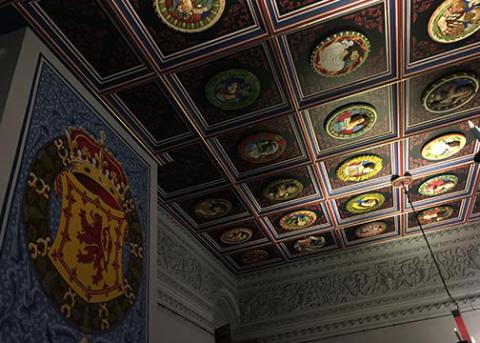 Whatever you do, don’t forget to look up!

The Central Scotland Untour is very popular, and our apartments in Stirling and the surrounding villages give you good access to Stirling Castle. If visiting the castle, allow yourself a minimum of three hours to see its full expanse, including Great Hall and Royal Palace. And read a bit about it before you go. This is one attraction you will not want to miss.