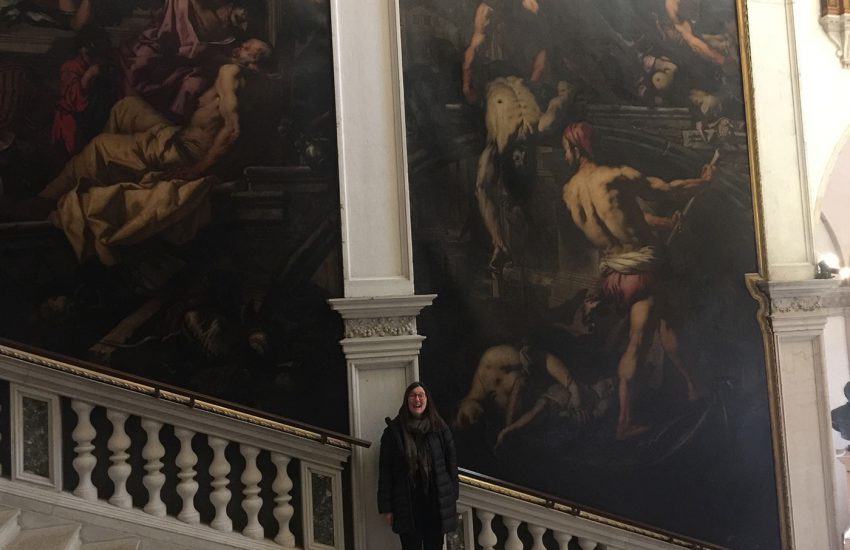 The Scuole Grandi (Great Schools) of Venice were fraternal organizations, established between the 13th and 16th centuries. They operated as charitable and social organizations for non-noble Venetian citizens of standing and wealth.  They played an important role in their communities and in the arts. 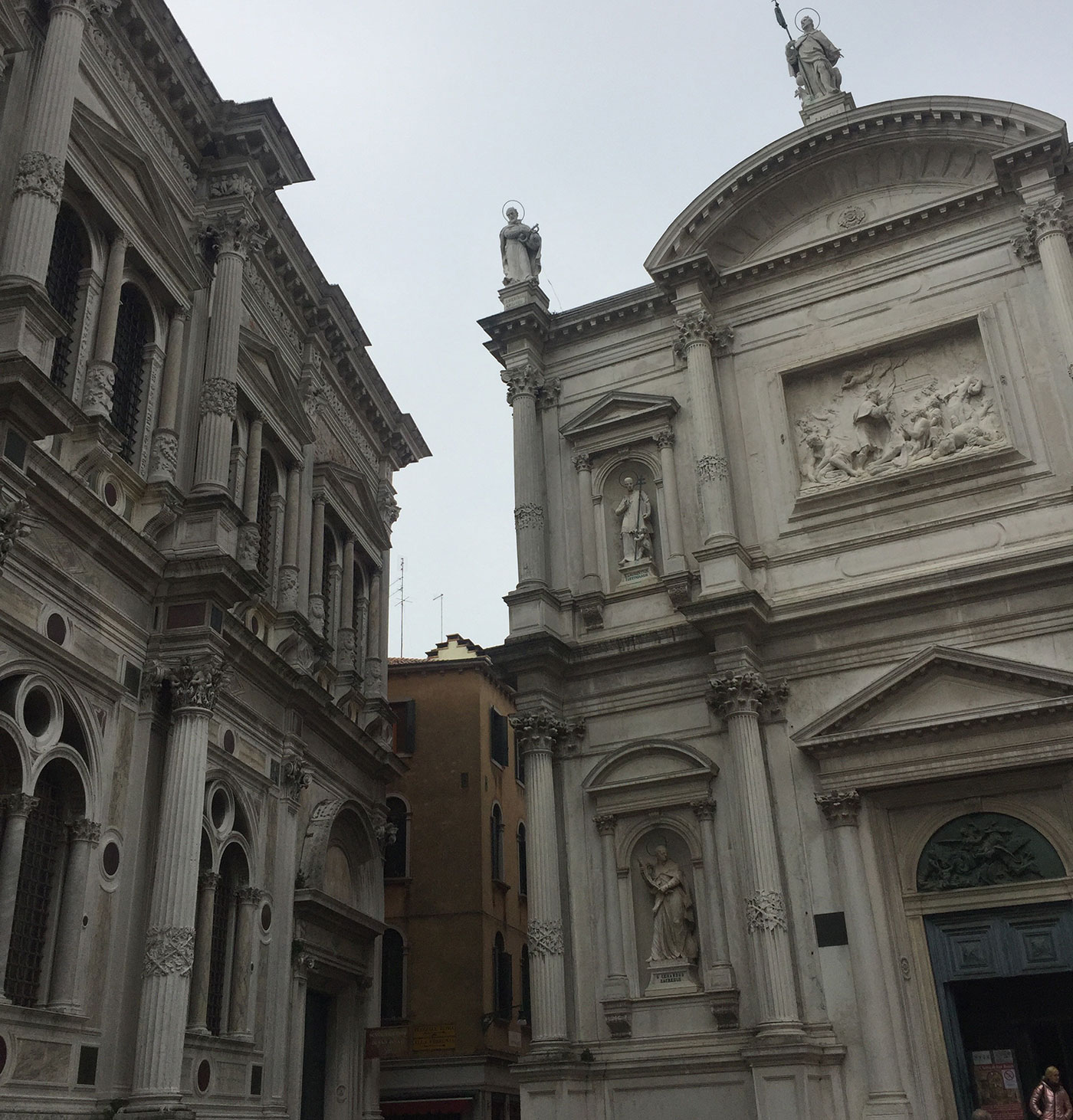 The schools were normally associated with a church and built nearby. Aside from social interaction and supporting the arts, the schools oversaw charitable works in the community. They also supported music and fine arts, and their patronage makes the remaining schools a must see for visitors to Venice.

Perhaps the most sublime of the grand schools is the Scuola di San Rocco, situated near the church of San Rocco and the Frari in the San Polo district of the city. 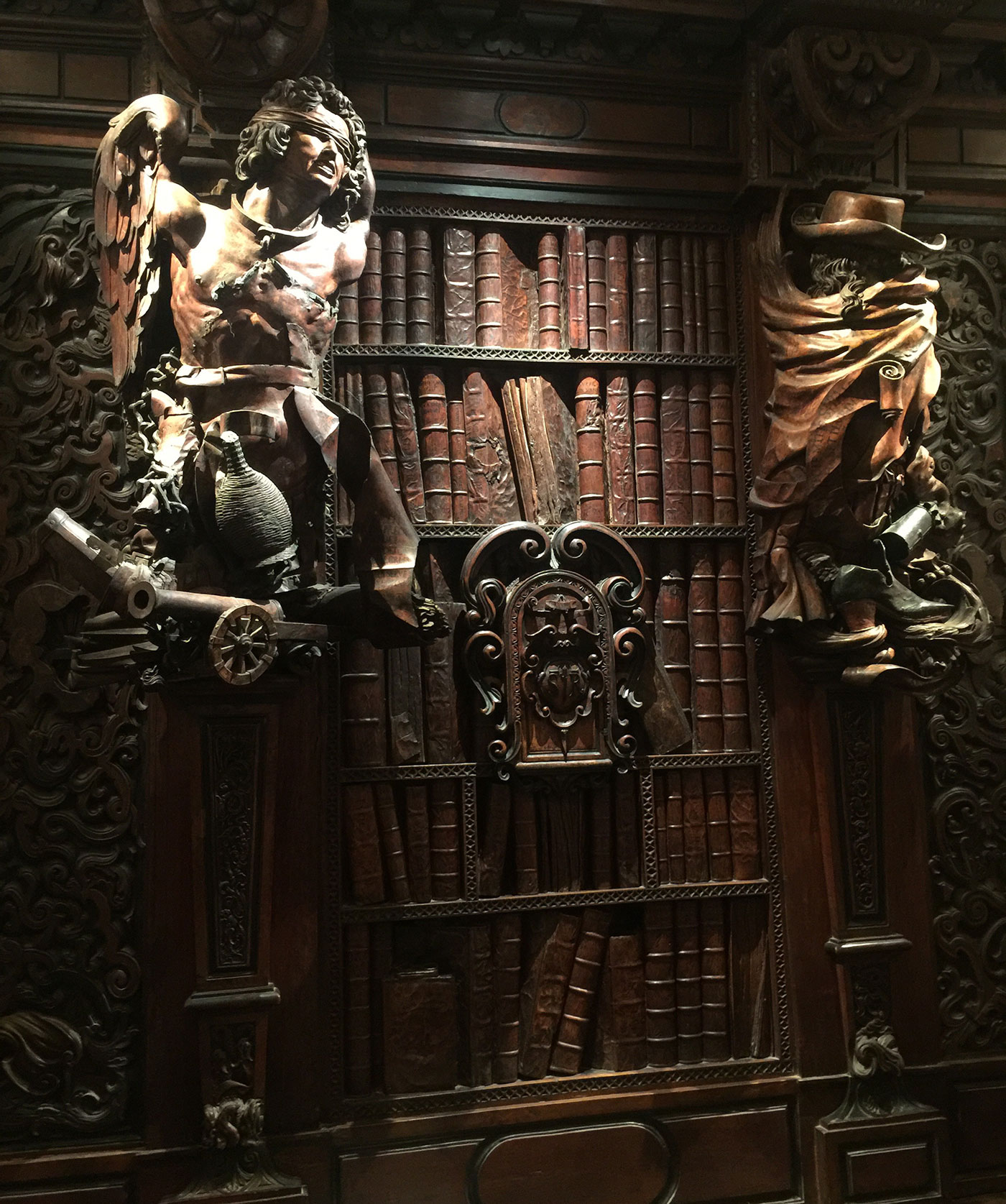 The Church of San Rocco is one of Venice’s plague churches, built to honor St. Roch, who is celebrated as a patron saint of Veniceand widely revered as a healer and protector against pestilence. The French-born saint made a pilgrimage to Rome in the 14th century, when much of Italy was being ravaged by the plague. He is said to have healed people as he went by praying for them.

Alongside the church that was built in gratitude for the end of the plague, the Scuola Grande di San Rocco was established to help the community. The organization was established in 1478, though the building itself was not completed until 1560, under the direction of a procession of architects and builders. 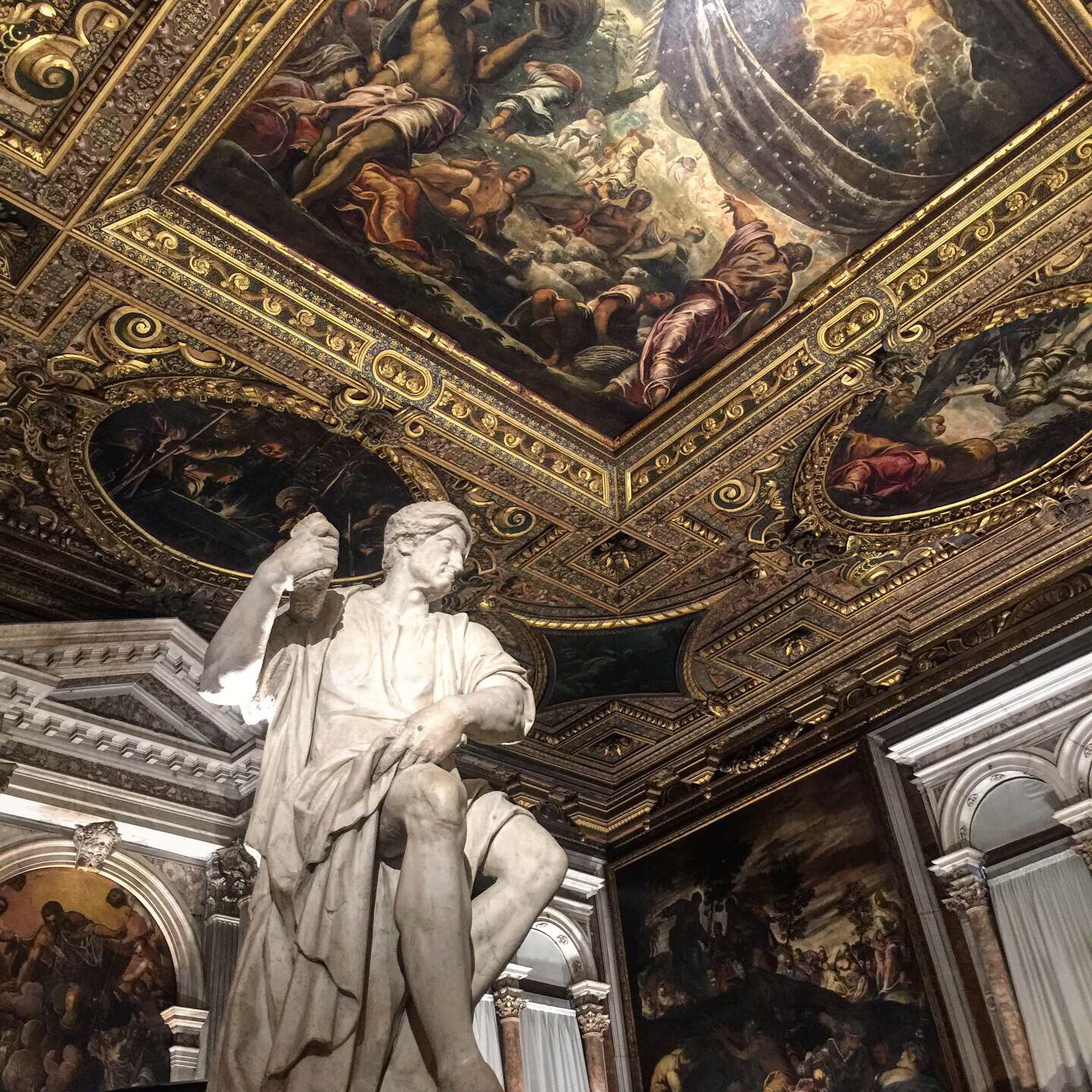 Jacopo Robusti Tintoretto was then commissioned to cover its interior with paintings, Over the 30 years that followed, he, his son, and his students decorated the meeting halls of the Scuola to grand effect. His hand is all over the interior, and the statuary on the upper floor even includes a sculpture of him holding brushes. 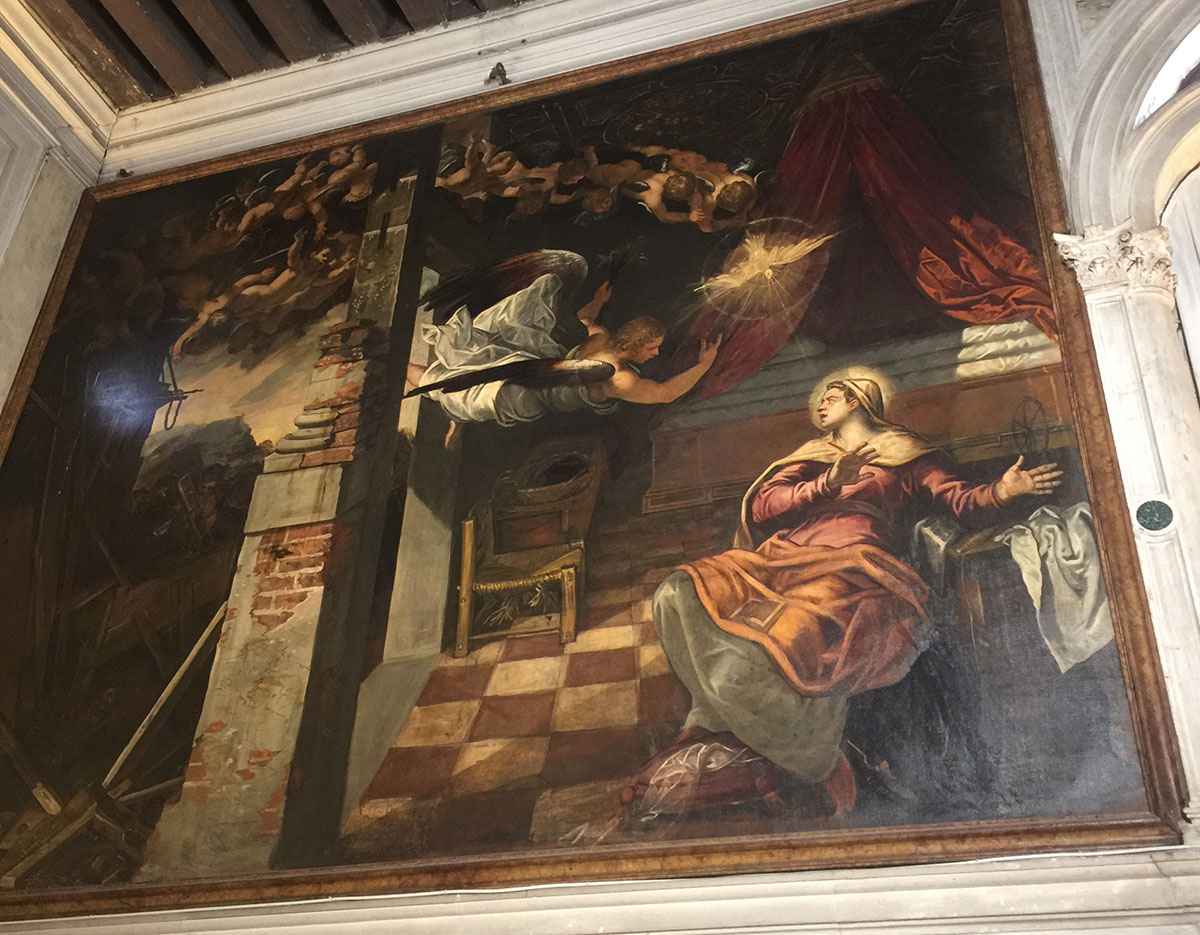 The school’s ground floor entry hall, the Sala Terrena, is filled with important scenes from the life of the Virgin Mary, with enormous canvases filling its walls. From there, visitors climb a grand staircase flanked by floor-to-ceiling paintings to reach the even ore impressive upper floor. 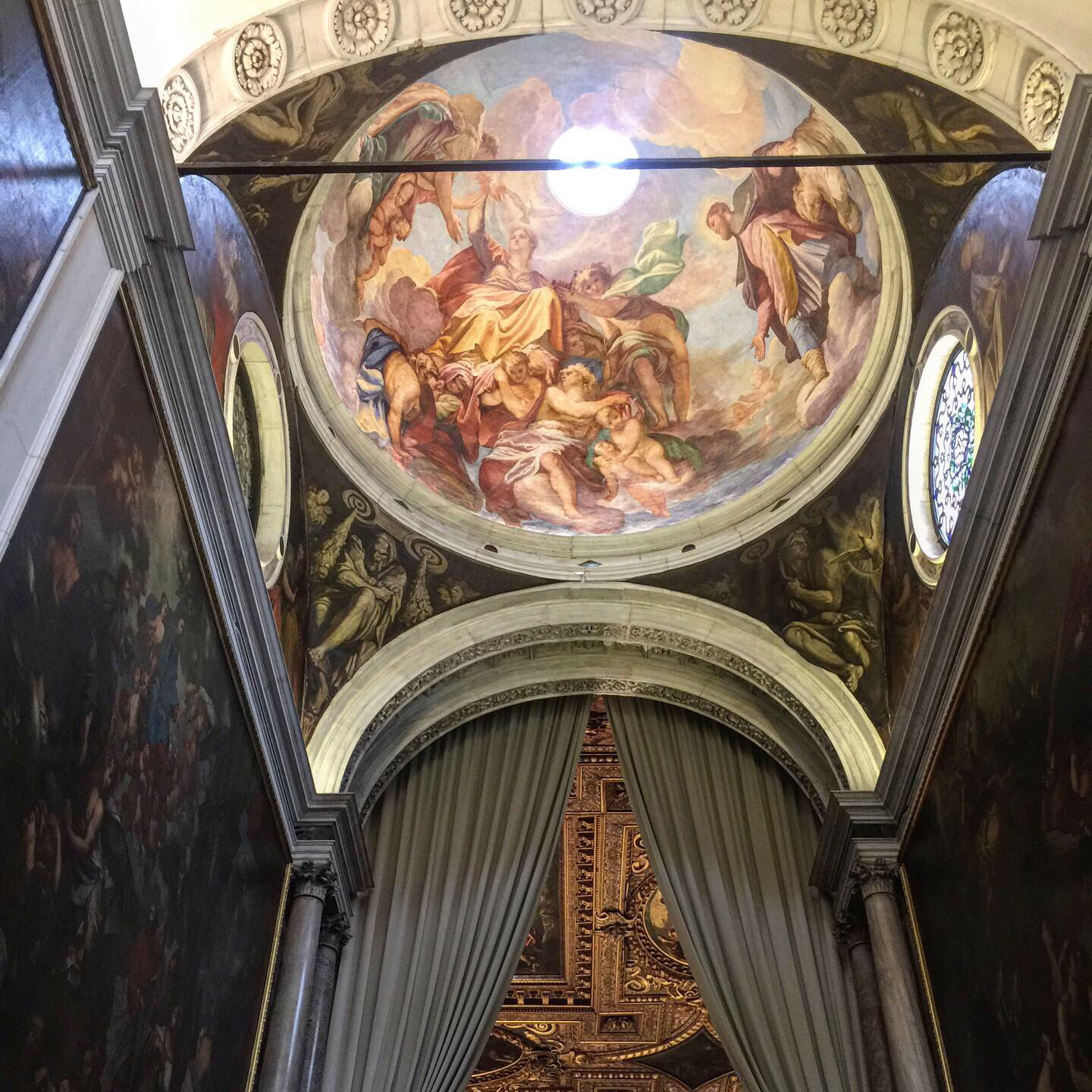 The Sala Superiore was the center of important meetings, and hardly an inch of it is not adorned with gold or the dramatic shading and brushwork of Tintoretto’s mannerism. In his lifetime, Tintoretto was known as Il Furioso (the Furious) for the muscular drama and bold action of his figures. 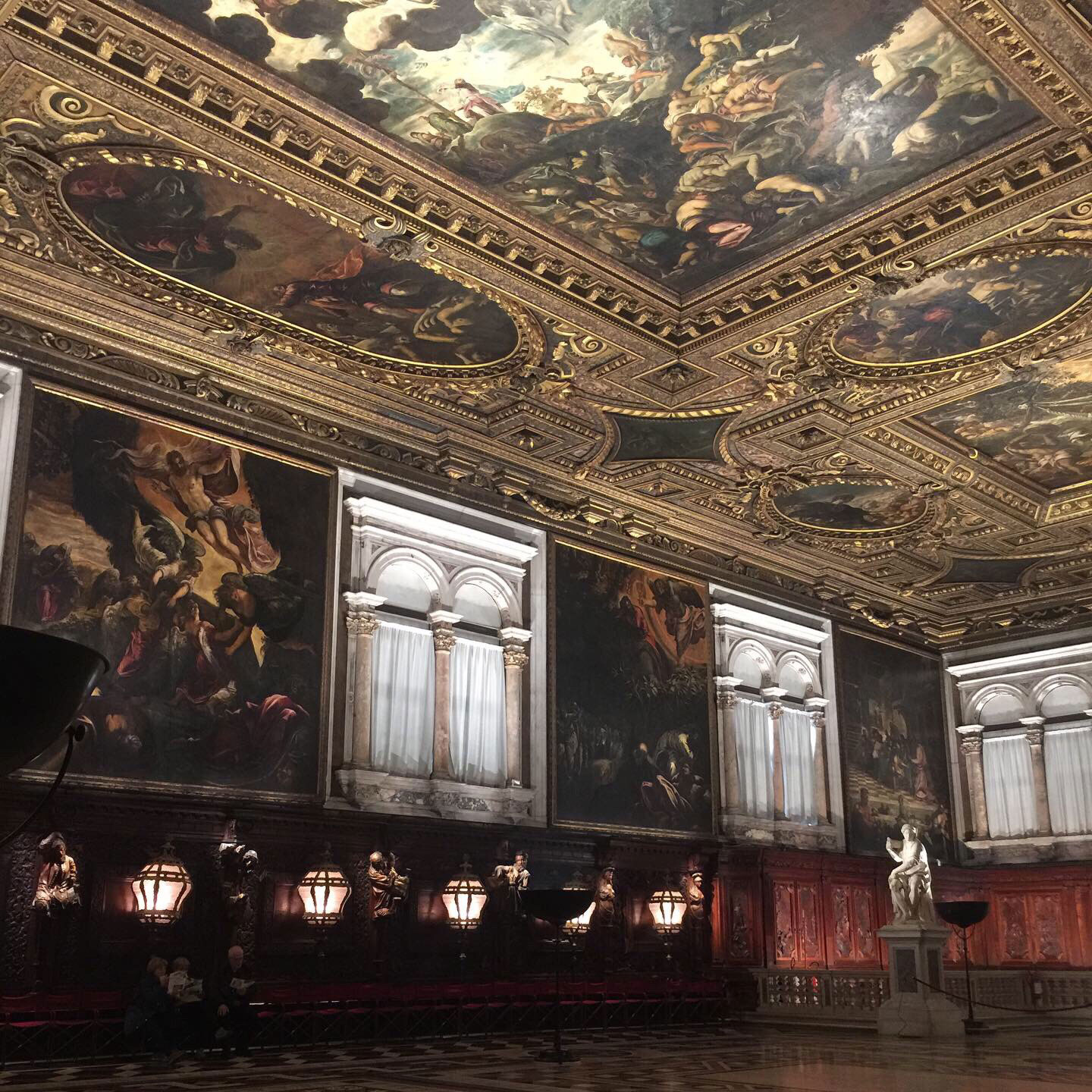 The walls tell stories from the New Testament, while overhead, scenes from the Old Testament unfold. The project was an ambitious one, and yet executed alongside other projects he was completing in the city. Tintoretto was a fast worker, employing bold strategies to secure commissions like this one and clever techniques to speed up their completion.

Use the mirrors provided to enjoy the ornate detailing and paintings on its ceiling without straining your neck. 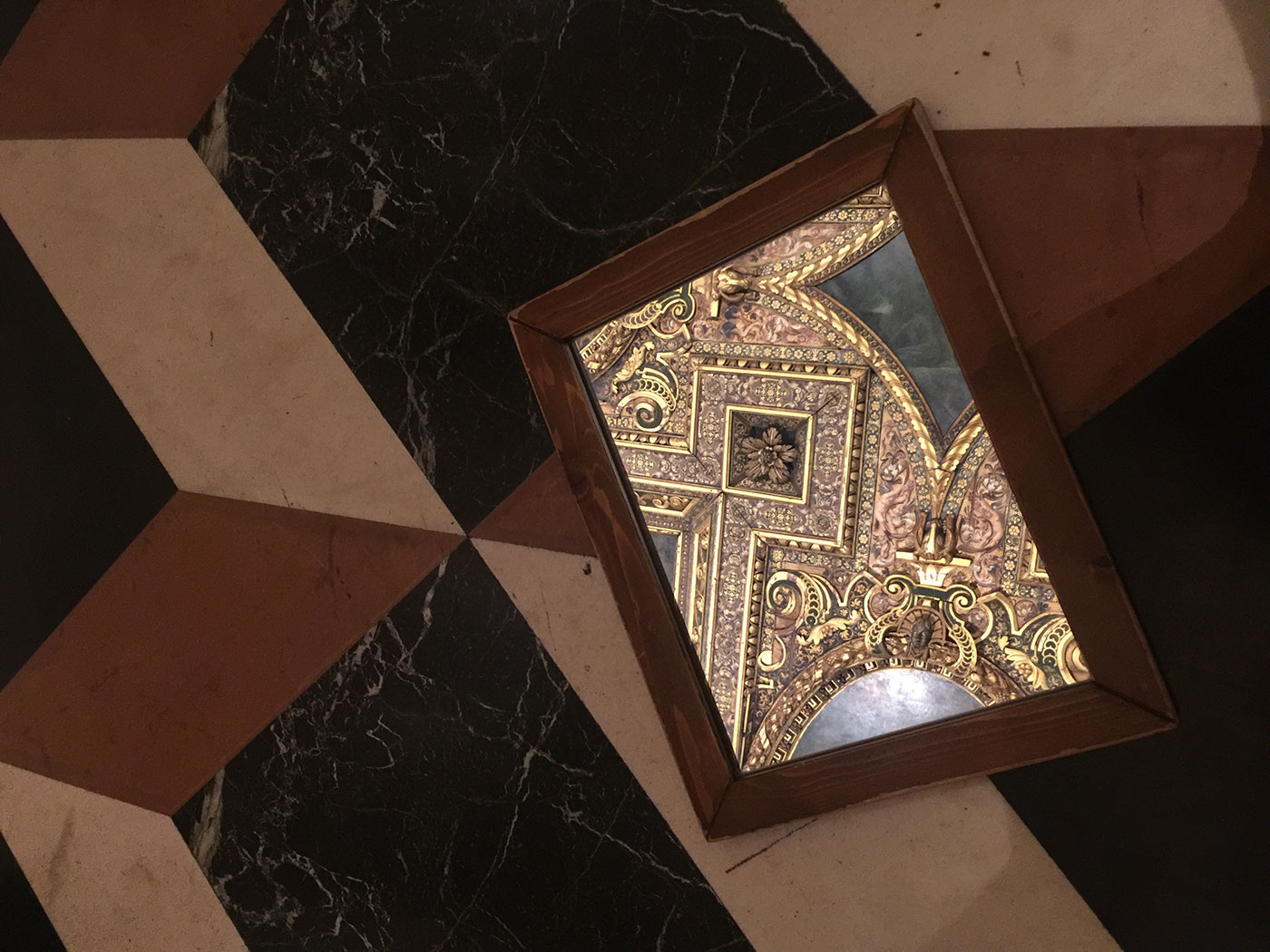 (Notice even the floors are intricately laid with marble. No expense was spared.)

The Scuola Grande di San Rocco remains one of the best place to see and appreciate Tintoretto’s work in all of its stormy and dramatic glory. Visit the beautiful Church of San Rocco to see more of his work and to give a nod to the healer, St. Roche.

Learn more about the San Rocco, Tintoretto, and the history and works of the church and the school at www.scuolagrandesanrocco.org and start planning a trip to Venice soon.