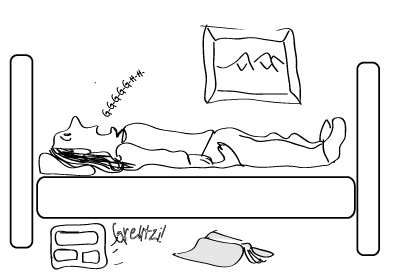 When Untours was a fledgling company, we did some pretty goofy things.  One thing we did was assume that our American staff, (aka me, my Dad, and about 5 other family members or good friends) were the only ones who could manage the day-to-day overseas operations of an Untour.  In those days, we were only in Switzerland.  I am not sure what our reasoning could have been, since for many years now, in all of our Untours, all the day-to-day operations are run by our local staff who (duh!) know a lot more that we ever did.  I suspect one reason we took so long to come to this conclusion was that all of us loved going to Switzerland for extended stays.  ( I usually started the season out, spending early spring in the Alps, marveling at the wildflowers.)

A side effect of my early long stays in Switzerland was that I learned a pretty good dollop of Schweizerdeutsch, (aka Alemannic German: Schwyzerdütsch, Schwiizertüütsch, Schwizertitsch).  On my earlier visits, before joining my Dad’s company, I had realized that my school German wasn’t of tremendous help.  That German, known to most as High German, was indeed understood by the Swiss; they learn that German in schools, reading and writing in it as well.  But they never ever speak it among themselves.  Having a Swiss person speak in High German to another Swiss person would be a little like two Alabama natives suddenly addressing one another in Shakespearean English.  Could they understand one another…..maybe.  Would they do it?  Never.

So once I began to live in Switzerland for several months a year, it became very clear that if I wanted to talk with Swiss people, when they were together, High German wouldn’t really be the path to take.  To be honest, most of my friends were nearly as comfortable in English as they were in High German.

Because I was a language junkie, and I was living in their country, I thought it behooved me to learn their language……Schweizerdeutsch.  And so I did.  I got our beloved early staff, Berit Greutert and Margrit Winterberger to talk with me slowly and patiently.  I made a special trip to Zurich to a bookshop that specialized in languages to find the only book I have ever seen that attempted to be an aid to learning that language.

The tricky, and for a language junkie, fascinating thing about Swiss German is that it is not written.  When they write, they write in High German.

Think about it.  If you don’t write down a language, a lot of things change.  On the plus side, no worries about spelling!

I have a faint memory that back then (early 80’s) a set of cassette tapes came with my Swiss German book and I would lay on the couch in the Untours (then called Idyll) office listening to the spoken Swiss German and trying to mimic.  Why was I laying down?  Well, there are a lot of guttural sounds in Swiss German.  Any Swiss is familiar with the joke told  about Swiss German: “It’s not a language, it’s a throat disease.”  When I first tried to learn it, the only way I could get those unique back-of-the-throat sounds to even come out, was if I could lay down.  You literally need to make a “gargle” sound to say some of the words, and at the start, I could only make them lying down. 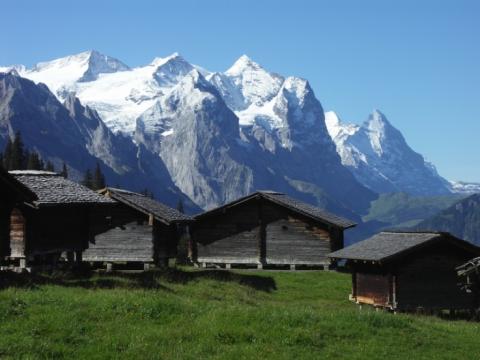 Later, when I could actually speak some words while in a vertical position, like any language learner, I would find myself asking lots of questions of locals.  ‘How do you say this?’  ‘What does this mean?’

That’s when I found out that Schweizerdeutsch is not a language at all.  It’s a bunch of languages!  Wikipedia lists 18 different dialects, and they don’t know the half of it.

Harking back to last week’s culture clue, you might remember that one definition of culture is “groups of people solving problems over time”.  And what is language if it’s not a wonderful problem solver?

Up until a century or so, the language spoken in the mountainous regions of Switzerland was essentially spoken, and evolving separately, in significant isolation,  in each steep Alpine valley.   People didn’t get out of those valley very often, so the language of each geographically isolated community became more and more distinct.

You haven’t really lived till you’ve asked a room full of Swiss people who come from different regions of the country how to pronounce something.  Fist fights nearly break out.  Even I, a humble beginner, could hear a big difference between how my friends from Bern talked and how my friends from Zentralschweitz talked.  And the Baseldeutch and Zurichdeutsch  (pronounces tzuri- deetsch, by the way)…well, that was even a bigger stretch.

Just as I would begin to think I was doing pretty well in Schweizerdeutsch,, I’d go to one of those mountain festivals and get a lesson in humility.  (Remember last week, when we were extolling the fun to be had at the dividing of the cheese festivals at the end of the summer?)  There’s a language called Haslideutch. (haz-li-dootch). Spoken in the four villages of Hasliberg and nowhere else.  And when you get a bunch of old Swiss farmers at Chaseteilet, with pipes in their mouth, and a beer in their hand, speaking with each other……well I’m pretty sure even the folks down the hill in Meiringen will be stumped by that dialect.

I have learned to love the fact that way back in my salad days, I decided to notice that the Swiss are the Swiss, by learning their language.   They’re not just Germans in the mountains.  They have many of their own ways, and by opening my mouth and addressing them in my Swiss German (now rusty and never very good), I find that they are delighted that I tried.  They make fun of their language, but they love it.  And when you recognize that they are unique in this way, you’ll see a big smile on their face.  I don’t mean to say that Swiss German is useful any where else than in Switzerland.  It’s a much more sensible path to learn High German.  But I am not sorry I went the local way.

Even if the only words you ever learn are ‘hello’ and’ ‘thank you’ in Swiss German, you’ll probably lift the spirits of those you meet.

Why not come up to Hasliberg  and it’s spectacular villages:  Reuti and Hohfluh to absorb a linguistic lesson with the best view on earth?