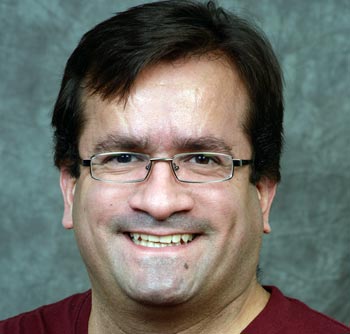 I’ve been around the Untours block a bit. I've been here over 20 years, in fact. I was born and raised in the U.S. by Brazilian parents, in what could be called a very Latin American and African-American enclave around Newark and Elizabeth, New Jersey. But I've mostly lived away from home since I was 13, starting with boarding school in Massachusetts and college in Pennsylvania, after which I landed at Untours.

Though there are so many places where I'd love to venture around in Europe, never mind the rest of the world, I'm fortunate to have enjoyed so much more than most of us could ever possibly afford. Paris, which I have returned to many times since my semester abroad there, will always be my favorite haunt. As much as you think you know or have seen Paris, there's likely a surprise to be enjoyed just around the corner!

I'm always game to experience someplace new, especially anywhere that speaks my language when it comes to history, architecture and, of course, food and drink. Some folks consider me a bit of a bon vivant, especially in my reverence for fatty birds, fatty livers, heady red wines, and the enigmatic truffle, hence my love in general for the south of France!

Though I long for an earlier and easier era in the travel business, when nuisances were fewer and farther between and getting there was often filled with excitement instead of stress (Don't we all?), I still enjoy the work I do. I cherish the people I work with and appreciate the funny and educational tales, if not travails, I get from those of you who've traveled with us a lot, a bit, or not yet.

Hopefully there's a chance we'll get to meet, chat, break bread, drink wine, or something to that extent in person. But if not, let's at least do so in spirit. If there's any way I can help you with your Untour plans, don't hesitate to let me know.